Surrey County ASA is looking to recruit around half a dozen skills coaches for swimmer development camps to be held in 2022 and 2023.

County coach Stuart McCrea will lead two camps this season. We would like all the newly-appointed skills coaches to attend these and others planned for the season after. 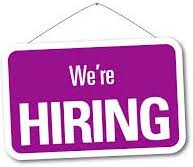 Role
Successful applicants will assist the county coach in running and delivering the camps. These will include technique, pool and land-training sessions, helping the swimmers to get the most out of them.

County camps are the first stage in Swim England’s development pathway. Further information can be found here at the Swim England website. The programme is due to change from next season.

Goals
Camp goals include coach and swimmer development. Successful applicants will be able to learn from the county coach and each other and take the knowledge back to their home programmes. This is the first step on the pathway for those wishing to pursue regional and national development camps later.

Interest
If you would like to coach on the programme, please email Hannah Davies –  hannah@familydavies.co.uk. For more information about the role, please email Stuart McCrea – stuartmccrea3@gmail.com