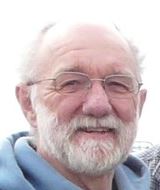 A member since 1988, he was a long-serving club volunteer who had used his expertise to coach a great many swimmers and triathletes.

As a masters swimmer, instantly recognisable with white beard, hoodie and glasses, he competed regularly at club, county and regional meets. He had also swum at the World Masters Championships.

An avid open water swimmer, he took part in two successful English Channel crossings. The first in 2010 as part of a three-man relay under the moniker of The Flying Doctors. The second, Over From Dover, was the year after. He was also an official observer for the Channel Swimming & Piloting Federation.

Surrey County ASA treasurer Jim Boucher, who swam with him across the English Channel as part of a six-member relay in 2011, said he was a great figure in masters and open water circles. “I shall miss him a lot,” he said.

He had served as a Surrey County ASA management committee member and an open water representative on its competition committee for a number of years before having to step down on health grounds.

He was ASA level 3 qualified, a RLSS lifesaver, athletics, marathon and strength and conditioning coach. He retired from coaching masters swimming at the end of last year.

His funeral will be held at Clandon Wood Nature Reserve & Country Burial Ground at 12 noon on Monday 4 March. Wear appropriate footwear for the weather and car-sharing is recommended where possible. No flowers, please.

If you would like to make a charitable donation, then do so here. Money raised will go to the institute researching a treatment for Phil’s rare cancer.