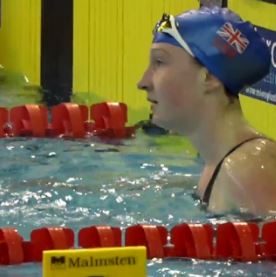 She clocked a winning time of 31.29 seconds in the 50m breaststroke final, setting a new county record in the process.

Her win at the Mäkelänrinne Swimming Centre marked Great Britain’s first medal at the five-day championships.

Carole Chaplin, of Surrey Schools’ Swimming Association, said: “Well done for all the hard work that has been put in. It is now being justifiably rewarded.”

Later in the week, Tatiana finished sixth in a closely-contested 100m breaststroke final and was also in the women’s 4x100m medley team, winning in 4mins 2.48secs – the fastest time ever from a GB female quartet at a European Juniors. 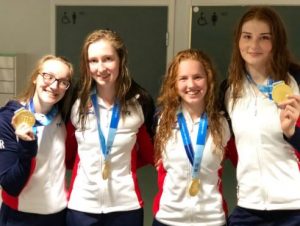 Guildford City coach Lee Spindlow said he was “very proud” of all her achievements in Finland.

He added: “Swimmers’ journeys are many and varied, but her rise through the club to international medallist has been an inspirational one. This week has been another exciting step up the ladder with many more to come.”

Tatiana, who turns 17 later this month, is county record holder of the girls’ 50m and 100m breaststroke and ladies’ 50m breaststroke.

At this year’s Surrey County ASA Swimming Championships she won the Surrey Ladies Cup for the senior girls’ 100m breaststroke.