As our Age-Groupers rested up before Sunday’s first round of the County Swimming Championships, Surrey’s Over 50’s brought home the Bugsy Creamore Trophy. Surrey stalwart Chris Martin not only organised the tournament at Whitgift Pool, “fixed” the post-tournament refreshments, refereed and even found his trunks to leap in for the the last game against Essex as we swept to victory. 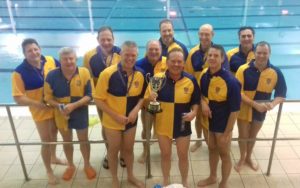 Hertfordshire were dispatched with style in a 5-1 start to the 4 team tournament. A closely fought second match with Kent could have gone either way but in the end the match finished 2-2. Kent’s last match saw them drop behind and in only salvaging a draw left the hosts with the simple objective of beating Essex to win the competition. The result was never in doubt and a 6-2 win saw us regain the trophy. Many thanks to Chris for his organisation, and to all who turned up for a series of matches played in the best of spirit too. The squad comprised: 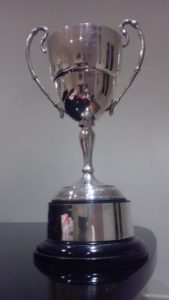